Let’s talk Italian food – and explore Sicilian cuisine to be precise! With over 3000 years of history; not counting its archaic origins in Greco-Roman mythology and among that of other cultures that visited or occupied the area; Sicily remains one of the most preferred destinations for tourists worldwide. It was so renowned in the ancient world that it earned the term ‘Jewel of the Mediterranean’.

This was thanks to its beautiful beaches and natural habitat. It has also been historically known as the ‘Gateway to the Mediterranean’. It has been invaded or occupied by the Greeks, Romans, Arabs, Spanish, North Africans and Northern Europeans, well through the Renaissance Period. This melting pot of cultures and identities has formed Sicily into a culturally diverse and fascinating island to visit.

Fancy the best gastronomic experience? The Mediterranean has to offer in terms of recipes both ancient and modern, then Sicily is the place for you. There is nothing better for exploring local culture than stepping right the shoes of the locals, for this reason many visitors are now choosing to rent villas in Sicily directly from the locals at great budget-friendly prices (and added luxuries) for families and groups of friends, rather than dealing with crowded and expensive hotels or B&Bs, and learn about traditional recipes and local Sicilian food cooking methods.

Let’s start with a delicious appetizer that is the pride of Sicily: the Caponata. This mix of fried vegetables is also a side dish. It is made with; courgette, aubergine, peppers, raisins, nuts and a tomato sauce loaded with celery, onions, capers and olives splashed with sweet and sour sauce, and it was brought to Sicily by the Spanish. 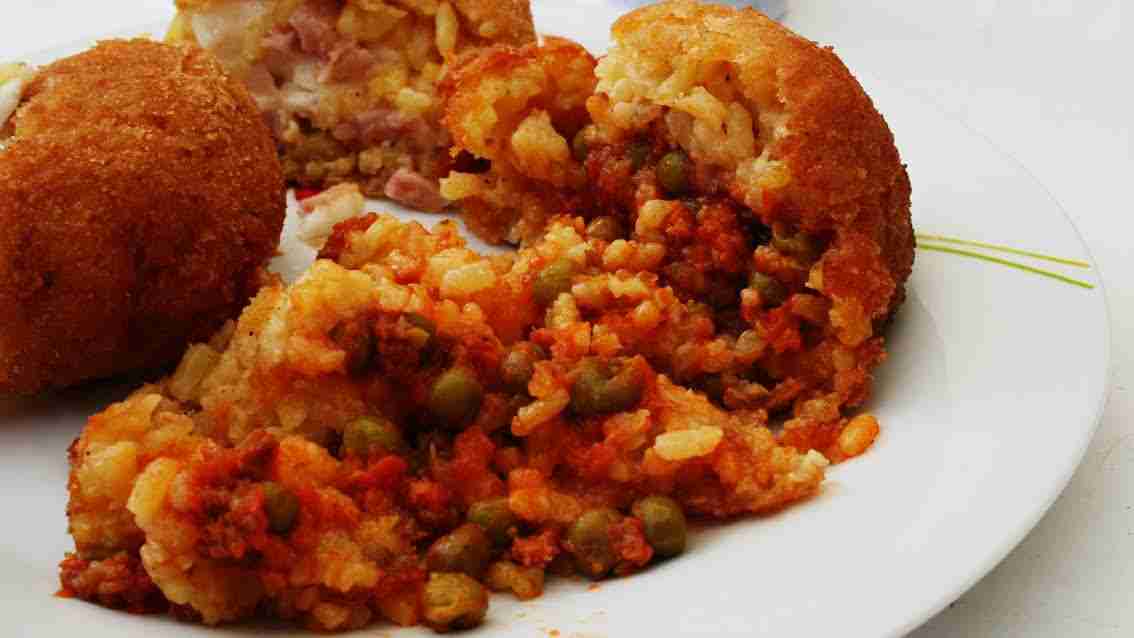 Pasta alla Norma, with sautéed aubergines and ricotta in a zesty tomato sauce, is the cream of the crop of all Sicilian pasta, along with Pasta alle Sarde (Sardines).

For a quick to-go-meal that will keep you satisfied if you are on the run. If you want some quick food there are always great options. For example, pizzette (small mini-pizzas) and also Arancini. Arancini are the Sicilian version of Suppli’(rice balls with mozzarella cheese and rice with a fried coating). Arancini are fried rice balls and can be filled with ragu sauce and peas, or with mozzarella fillings. They are another recipe inherited by the Arabs and North African tribes.

When it comes to desserts, Sicilian Cannoli and the Cassata are only two of the many specialties. Do not forget that the town of Modica is where the best chocolate in the world (Aztec-inspired!) is made! Cannoli, as popularized by the Godfather and other mafia movies, are pastries filled with soft cream and nuts, fruits and various candy. The Cassata was imported by the Arabs, and is a sweet pastry filled with ricotta which also evolved during the Norman occupation into various ingredients including candied fruit, chocolate and sponge cake.

Sicily is also a hit with wine connoisseurs, Nero D’Avola is the best wine in Sicily, a type of Syrah combining Merlot, Cabernet, and Pinot Noir; a very similar process which Sicily has undergone with white wines by mixing different grapes and combining them with chardonnay and sauvignon blanc. The Noce Moscato and Malvasia are excellent to accompany any dessert and have exceeded their reputation especially those produced in the Aeolian islands.

Have you been to Sicily? Did you explore Sicilian cuisine? As always let me know in the comments.