If you’re from the UK, you’ll know that you’re never too far from a stunning landscape. Therefore, it’s no surprise that its natural beauty spots have been used to enhance some of the world’s most famous films since the beginning of the industry. Together with Suttons, retailers of evergreen shrubs and other garden essentials, we take a look at the top five famous landscapes in the UK that have been used as film sets across the country. 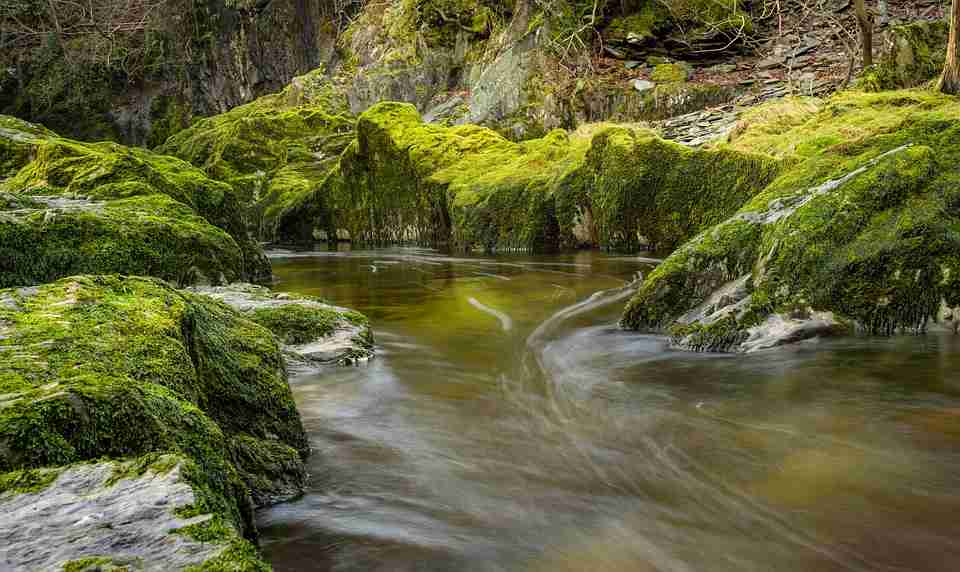 If you’ve ever been to Yorkshire, you’ll know how rugged the landscape is — perfect for a film set. Near the village of Aysgarth in Yorkshire, you can visit the site where Robin Hood fought Little John in the famous 1991 film. The falls are made up of three different waterfalls — all within walking distance — but it was the upper and middle falls that were made famous in the Robin Hood: Prince of Thieves production. You can also pay a small, voluntary fee to get close to where the scene was filmed. It’s one of the most gorgeous famous landscapes in the UK

There is a lot to explore around the scene too, situated on the River Ure. Explore the village or Carperby and Castle Bolton and see wildflowers through the valley in spring and summer. Visitors have said that the site is best explored after heavy rainfall when the water is most powerful, and the falls look especially spectacular. 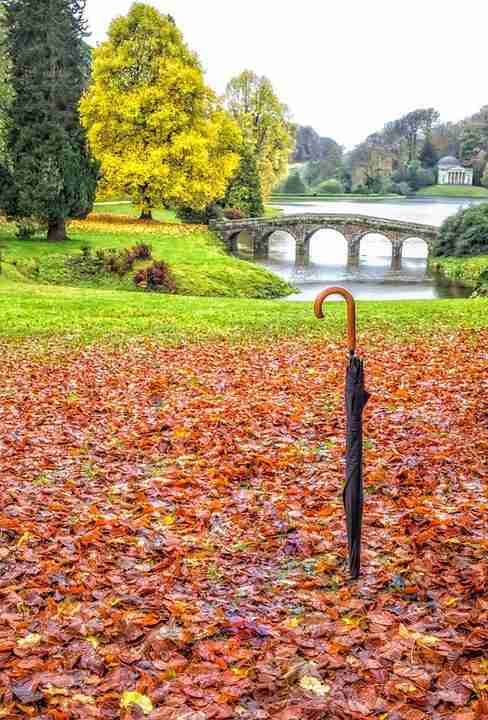 Stourhead is where the 2005 production of Pride and Prejudice was filmed. It is where Mr Darcy first proposed to Lizzie before she made her exit across the Palladian Bridge. Work on the garden begun in 1740 but wasn’t completed until 1780, and it has since been described as a ‘living work of art’!

If you do get the chance to visit, you’ll see the lake that sits in the centre of the garden. See a range of trees, from beech to Spanish chestnut, and explore the temples that sit close to the water feature. Visit the garden in spring and you’ll also see rhododendrons in bloom, while in early summer you can enjoy azaleas! 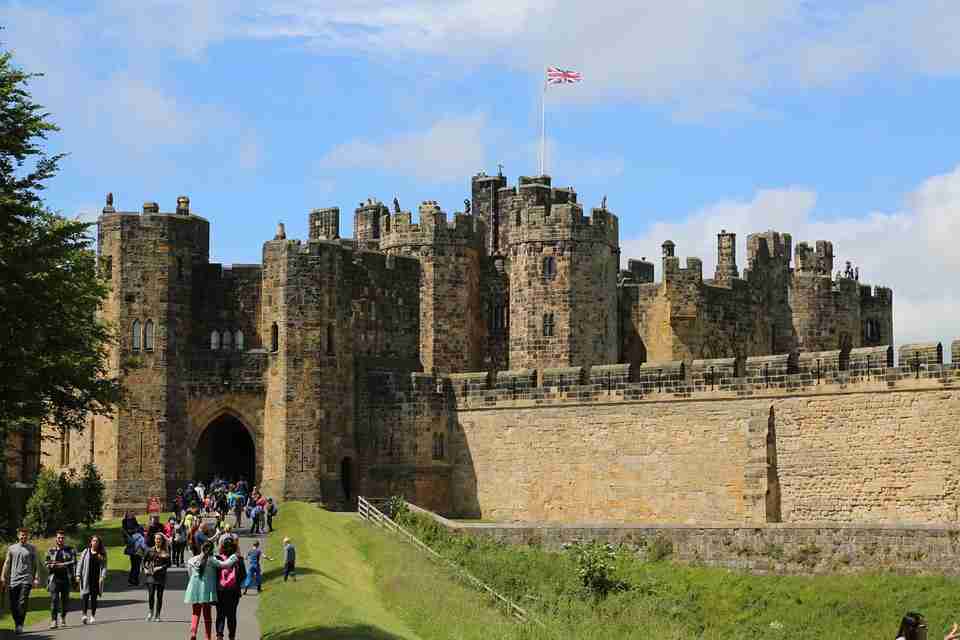 For Harry Potter fans, a trip to Alnwick Castle could be a dream come true! Here, you can see the castle that transformed into Hogwarts School of Witchcraft and Wizardry for the first time in 2000 during the filming of Harry Potter and the Philosopher’s Stone.

It was also on the grounds of this castle that Harry and his friends learnt to fly their broomsticks! Students of Hogwarts walked through the courtyards and baileys of Alnwick Castle, too. Features of the castle were even shown as a path to Hagrid’s cabin and the Forbidden Forest.

The gardens that accompany the castle attract a lot of visitors too. These are home to 200 different species of roses, including the Christmas rose and the English shrub rose. During spring, enjoy brightly coloured water lilies or go in summer to see the delicate Peruvian lily. There is also a large water feature that sits in the centre of the garden.

If you like to learn more about plants and what they can do, head to the Poison Garden. Educate yourselves on a range of flora that can cause death through pleasure or pain and see how some of the most popular drugs are grown. Just be sure to follow the recommendations that you do not smell or touch the plants, as visitors have been known to faint due to inhaling toxic fumes! 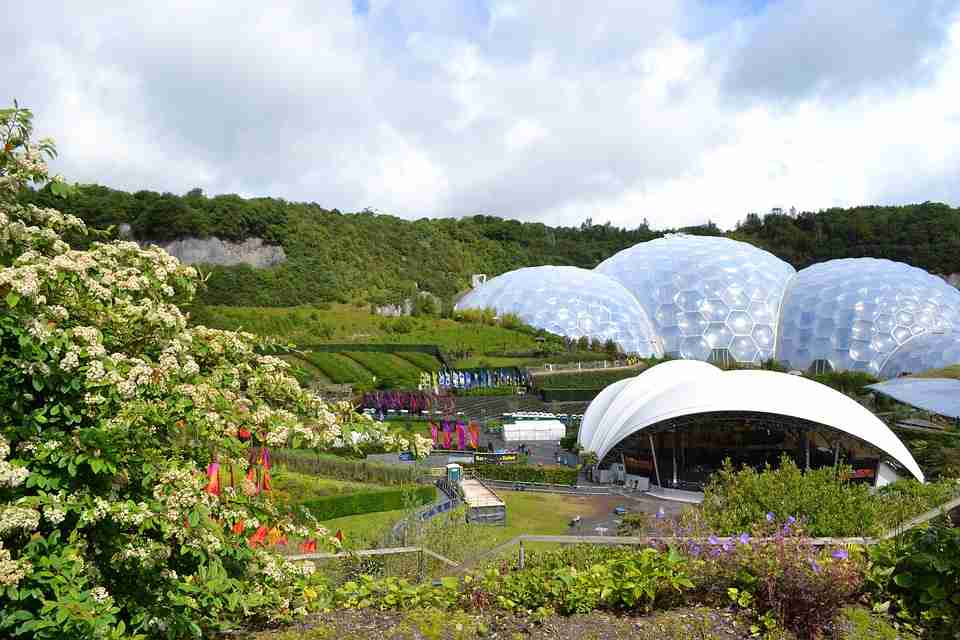 Head to The Eden Project if exotic plants take your fancy. This amazing structure is made from two, large biomes — a Rainforest Biome and a Mediterranean Biome — and, in 2002, the Eden Project became Gustav Graves’ Ice Palace and high-security lair in the James Bond film, Die Another Day! It is also home to the longest zip wire in England, which flies you over the biomes to give you a birds-eye view of the spectacles beneath.

This film location is home to a variety of plant life. Experience exotic heat in the Rainforest Biome and discover more than 1,000 varieties of plant — it even has a waterfall. Visit an authentic south-east Asian home, as well as a vegetable garden to see how herbs, flowers and trees grow in the climate.

There’s also the Mediterranean Biome to visit too. Here, you can experience temperatures from between 9 and 25°C, then enjoy a walk through the iconic grass trees, see huge aloe veras and stroll passed tulips. There’s also a perfume garden, which is filled with scented plants, such as jasmine, roses, lavender, and thyme. 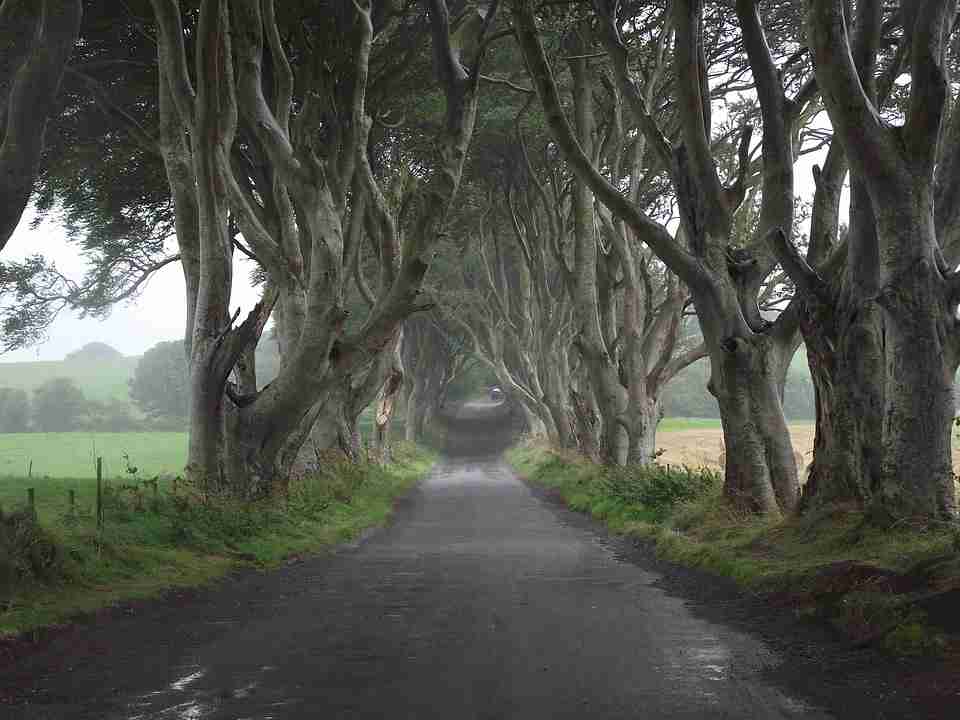 For Game of Thrones fans, this scene is not one to be missed. Head to Bregagh Road in Northern Ireland to see The Dark Hedges — an avenue of beech trees made famous by the popular TV series. It was first featured in episode one of the second series as ‘King’s Road’, which was the path that Arya took as she escaped from King’s Landing dressed as a boy.

It’s likely you’ll bump into other fans of the series there too. The venue is now a hugely popular tourist attraction — much to the surprise of locals who consider it just a rural road in Ballymoney. Voted one of the world’s most stunning places by the Architectural Digest magazine, The Dark Hedges is perfect for tree-lovers. They were planted in the 1700s and intertwine to create a mystical avenue.

If you’re one for beautiful, earthy tones, this site is spectacular. Also, ghost story lovers will have another reason to enjoy the location: local legend says that the avenue is home to a grey lady who walks between the trees as it gets dark!

You’re not far from other attractions too. The Dark Hedges is situated close to the northern coast, near other famous sites such as the Carrick-a-Rede rope bridge and the Giant’s Causeway.

What are your favourite famous landscapes in the UK?