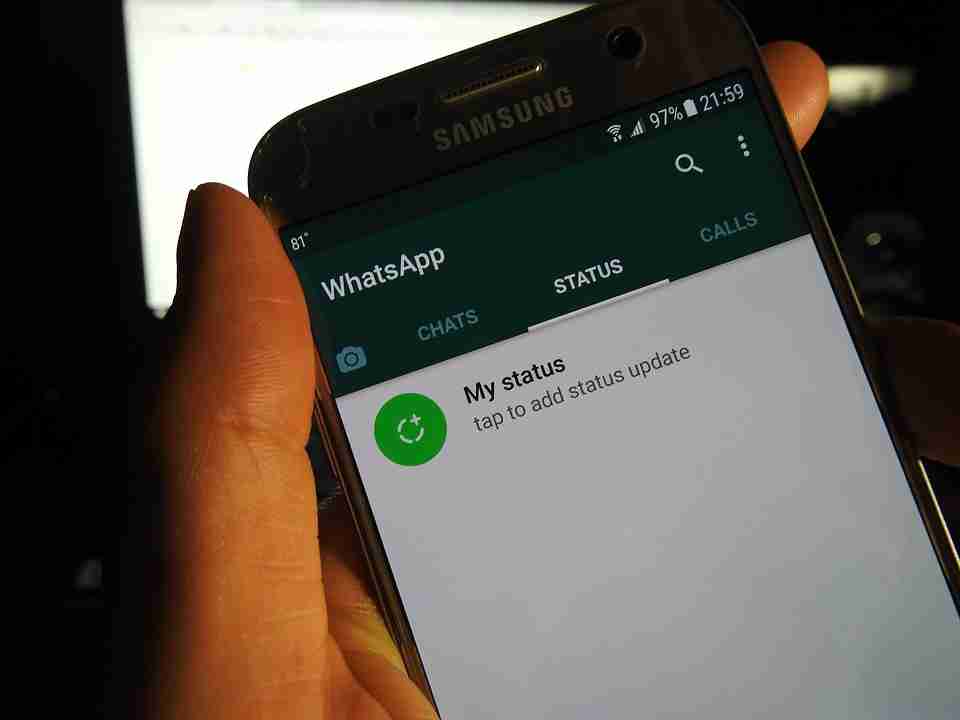 I’m a proud step-mom to a wonderful 13-year-old boy.

I have to stop and think when I read that back to myself. A teen already! When I first met him he was 7 and I could carry him to bed. Now, I have to battle my eyelids to stay awake until he’s drifted off to sleep.

Like most boys his age, his cell phone is never far from his grasp. It’s a way of life with teens, isn’t it? Not just teens, I hear you say. You’re right of course, but a teen being stuck to his phone is always more worrying, surely?

Why? Well, because they are still children! When I got my first cell phone, it was so that I could call and text my parents to let them know where I was. Now, of course, a cell phone is all about being online. A cell phone without internet connectivity just isn’t even part of our language anymore!

A few weekends ago when my step-son was with us I just happened to glance at his phone and he had it open in WhatsApp. I noticed that he had about 70 unopened messages! I asked him why and he said most of them were from friends but he hadn’t bothered opening them because he knew they were just silly jokes and GIFS.

He then proceeded to tell me not to worry about it because if I’m thinking that he is using too much social media, then remember that Whats App isn’t social media! These kids, I tell you!

So when we talk about social media, we typically think of Facebook, Twitter and Instagram. Or at least, these are the ones that teens most use. I’ve no doubt that they can all be a force for good. Even for teenagers. They can be a vehicle for sharing ideas, cultures and experiences. They can help forge friendships, both local and international.

There is a downside, of course, created more than anything by the reality of cyberbullying and the over-reliance on physical appearance as a measure of self-worth. Mental health, especially in teens, is a serious matter.

But does social media actually cause mental health difficulties in teenagers? The scientific jury, as such, is still out. It’s important to remember though that it’s between the ages of 12 and 18 that children move from concrete thinking to formal logical operations. The harsh face of online bullying and feelings of inadequacy resulting from negative social media experiences can clearly severely impact on self-esteem and how it logically develops at a crucial stage in brain development.

This in turn, in my opinion, could easily result in a teenager becoming depressed and/or anxious, for example.

So here are the main ways that social media can harm teenagers, as I see them:

It’s very difficult for teens to avoid making comparisons with others online. Everything, from physical appearance to personal “successes” and “failures” are under the microscope on social media. So it’s inevitable that a teen’s mental health can easily be affected.

Getting as many “likes” as possible on social media can become an obsession for teens and make them do things they wouldn’t normally do, like changing their appearance, being overtly sexual, and engaging in risky social media challenges.

Social media basically has very little privacy. Teens can have thousands of friends through friends of friends. The longer their friend list, the more people have access to their screenshot photos, snaps, updates and posts. This makes it easier for people they don’t even remotely know to see everything they share.

Teen girls, in particular, are at risk of cyberbullying on social media, but teen boys suffer from it too. Cyberbullying is associated with depression, anxiety, and even suicidal thoughts.

Social skills are critical to our personal progress and development, none more so than for a teen’s mental health. Empathy and compassion are the most important tools in fighting bullying and they can only be truly developed and practised through human, face to face, interaction.

It is possible for your teen to use social media while still having a healthy and fulfilling life. The key I think is to communicate openly with your teen about the risks and to know what social media platforms they’re using, without being overly intrusive and making them feel judged.

Leading by example when it comes to your teen’s mental health is pretty important too. It’s no good telling your teen to wind down their social media use and then having your own phone basically chained to your wrist! Show your teen how to have downtime from phone use, especially on weekends and holidays.

And don’t forget, Whats App IS social media! Well, it is if I say so!