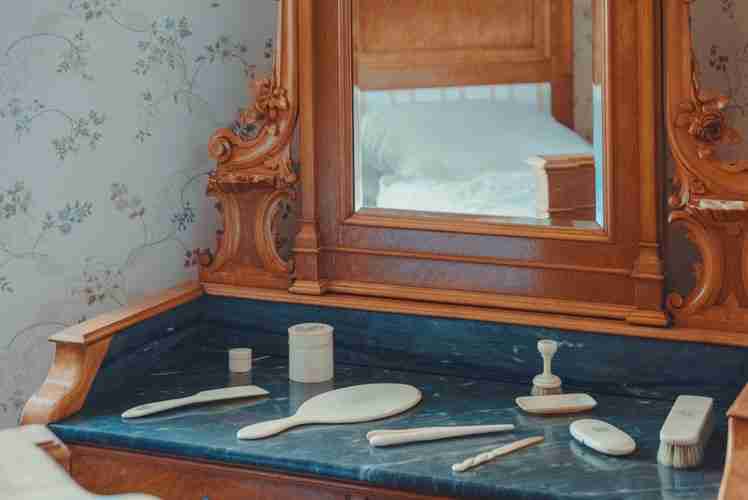 Whether you’re an avid antique furniture collector or just starting out, there are a few complex intricacies you should be aware of, especially when it comes to bedroom storage, such as chests of drawers. In fact, there are key differences between dressers, armoires, and chests of drawers.

This can get confusing, especially if you’re looking for something particular. So, which will it be and what exactly are the differences between the different pieces? I thought I’d take a look at these questions in this post.

So, things actually get somewhat more complicated before they get easier. The term dresser is really an abbreviated term for dressing table. American collectors refer to dressing tables, bureaus, and vanities as lowboy.

A dresser is a small table with several horizontal, parallel drawers that are stacked above one another. Usually, a dresser comes with a mirror attached to it. The term lowboy describes that it is a lower piece of furniture.

Dressers were particularly favoured during the 18th century in American and England alike. The lowboy was most often used in the bedroom as a dressing table, but sometimes it would even be used as a side table. Typically, they are made of walnut, mahogany or oak and the drawer fronts are mounted, complete with brass pulls. Some of the earlier and more elegant examples sported cariole legs, claw-and-ball feet, slipper feet or carved knees, or a combination of those.

A vanity, another term for a dresser or dressing table, also comes with an attached mirror. It’s most traditionally used for applying accessories and putting on makeup.

Armoire is a French term. It is used to refer to any free-standing, ornate, tall cupboard. Armoires are typically square or rectangular, broad or narrow. Many people also refer to an armoire as a wardrobe and this piece of furniture is usually much taller and bigger than a dresser. It’s most commonly used as a standing wardrobe in which you store your clothing.

The earliest forms of wardrobes were chests, and it wasn’t until later when an amount of luxury was attained in castles and palaces of the nobles that separate pieces of furniture were provided in which to store clothes.

Eventually, the name “wardrobe” was appointed to a room in which a wall space was filled with lockers and cupboards, with the drawer being a fairly modern invention. From these lockers and cupboards comes the modern wardrobes we know today, complete with hanging spaces, drawers, and sliding shelves.

The Chest of Drawers

Now, onto the sturdy antique chest of drawers styles.

The difference between dressers and chests of drawers lies in the fact that chests of drawers usually only contain drawers and a countertop. They do not have an attached mirror. While dressers often do have small drawers for storing lingerie and folded clothing, they do almost always have a mirror attached. Usually, a chest of drawers comes with three, four or six drawers.

If you’re looking for the perfect piece of furniture for your bedroom storage, this should help clear up the differences!