One of the joys of being a step-mama is being a step-mama to twins. Twins are special and as a parent, there’s nothing more beautiful than seeing the relationship between them develop and flourish day in and day out. Another beautiful part of parenting twins is seeing them grow as individuals and find their own identity.

Their identity can be reflected in different ways – their personality is the biggest way, but there are also more practical aspects and one of them is when it comes to your kids’ clothes, including footwear. The first thing that pops into people’s head when you say twins is cute matching outfits. And that poses the question –

Should you dress your twins identically?

Depending on who you ask you’ll get different answers. And while there are pros and cons to each option on how to dress your twins, I tend to lean towards no, and here’s why.

You know the set of twins I’m talking about. Day in and day out they are dressed the same from head to toe. They look the same in appearance and they’re commonly and accidentally called by their sibling’s name. The first time that you see them you think it’s cute. The same big brown eyes, the same cute waves in their hair, the same matching bibs and tiny baby socks. The second time you still think it’s cute. By the third meeting, you wonder why on earth these children have been dressed identically yet again.

Each to their own and all that, but I find it weird, and a bit creepy to dress twins identically all of the time. While it makes a bit of sense from the practical aspect (more on that later) I don’t understand why parents of twins and even parents of kids close in age push the agenda of identical dressing.

What is it with the fascination of uniformity? It’s not a rhetorical question, I’d really like to know. Sure, it’s cute to see two little people who look the same, though, with the rise of multiples that’s more and more common nowadays. But I still find that it can escalate from cute to creepy in no time. 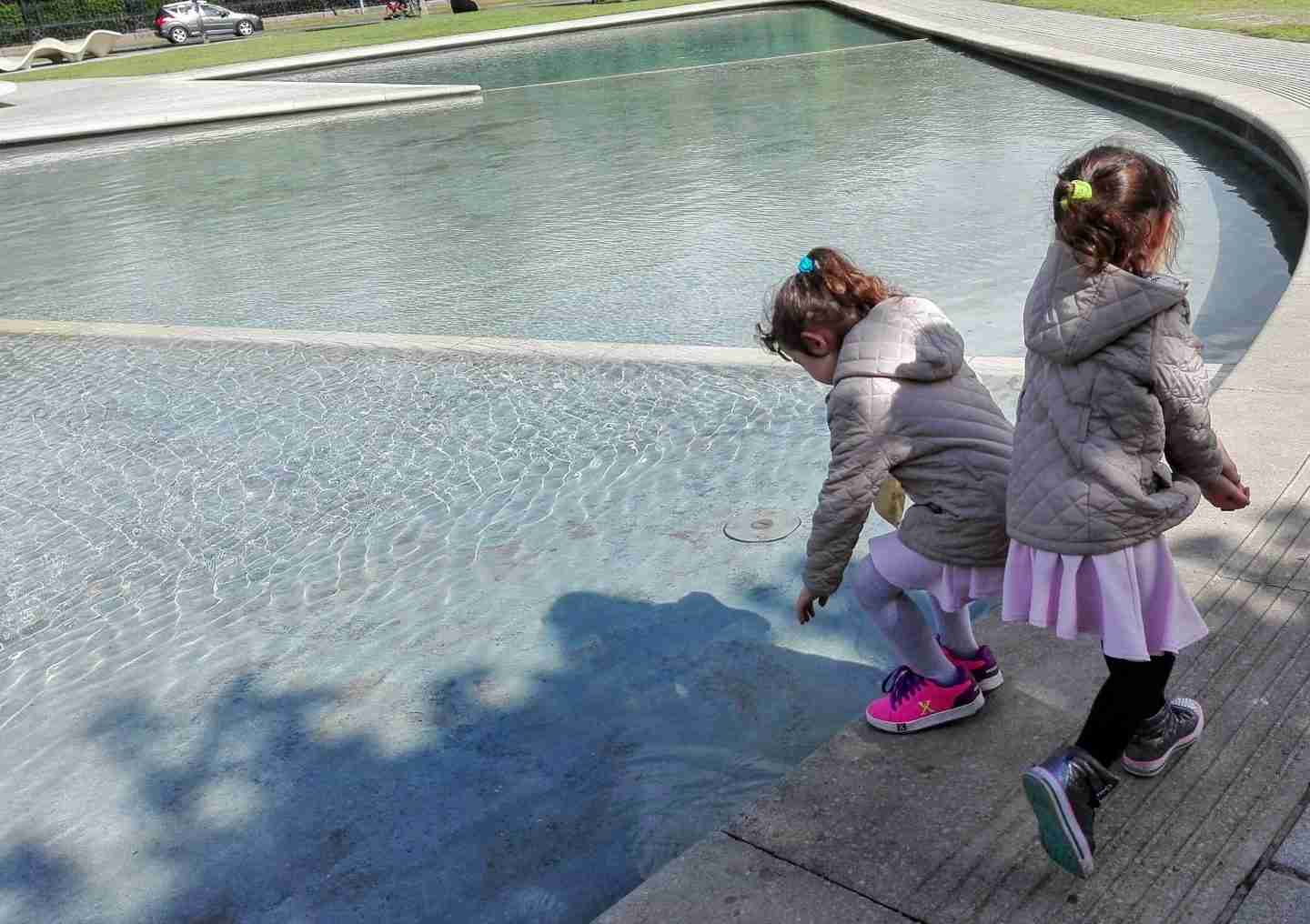 Then we get into the slippery slope of health. If one child is under the weather and they’ve been administered medication how do you know who has taken what? It gets even worse if they are both ill but have different symptoms and that feeling of stress just multiplies if there are also children in the house.

Dressing each child in different colours can help ensure that whoever is helping care for your kids still knows how to tell them apart. Even if it’s your mum and you think she should just know which is which!

It Could Skew Their Identity

Now we are getting to the serious stuff. I know there will be those of you out there who may jump down my throat at such a sweeping statement. And yes, it is a big statement to make. While there isn’t a certain way to prove that and some may see dressing twins alike as a harmless exercise in bonding, it can have repercussions that you may not even think of.

Twins share everything. And maybe when they are babies it really won’t make a difference that they are wearing the same outfit as their sibling. But if the agenda keeps being pushed and is applied to other areas of their lives, it may lead to that uniformity that can hinder the children’s sense of identity and individuality from a very young age.

Maybe it doesn’t hinder it but the thought that it could is something that we take seriously. As I mentioned earlier, there are practical benefits to dressing the children alike.

The Benefits to Dressing Twins The Same

After everything I’ve stated it may come across as hypocritical for me to say that their are benefits. Yes, I do dress the twins exactly the same on some occasions. It isn’t for the cuteness factor though! So, when do they dress exactly alike? 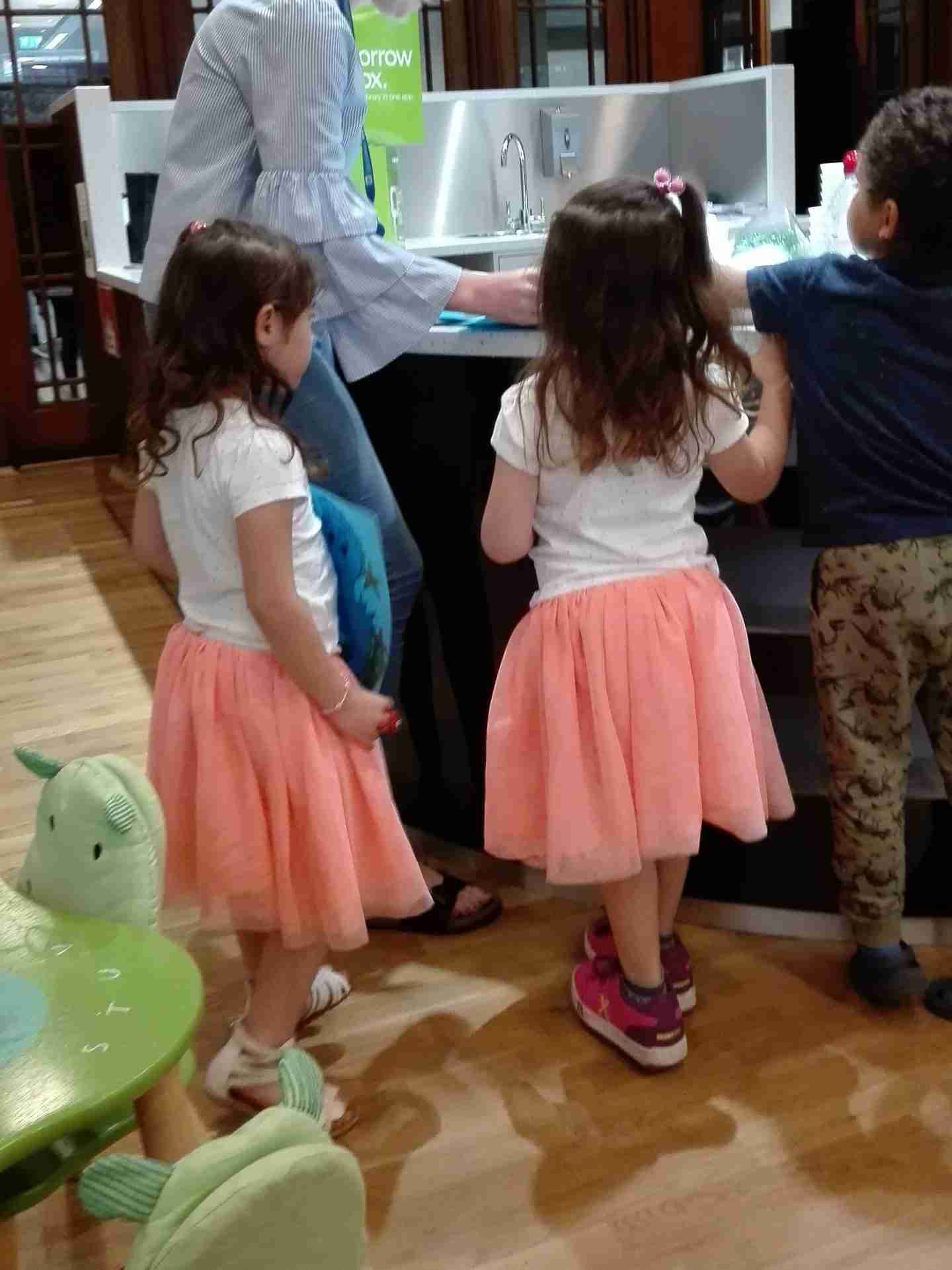 A lot of the twins’ clothes at our house are hand-me-downs. My cousin has a daughter that is a bit older than our girls and even though she lives in the states, every time we visit we come home with at least a carry on suitcase full of new to us clothes. I’m talking clothing with tags on it, clothes that’s only been worn a handful of times, and clothes designer and name branded clothes.

So, for us, very early on the twins had clothes that were different. They each gravitated to certain colours and certain styles. Even at the age of 1 1/2 we noticed that they each had preferences. They also loved expressing their preferences and their personality through clothing.

One spent years saying that she was a tomboy and opted for jeans and t-shirts. The other preferred bows and frilly skirts. Then months later they changed their minds and would swap styles. Then they each wanted to wear their favourite colour. You get the gist of it. When we go shopping for clothing they gravitate towards the same style but with just enough differences to showcase their personality.

The last time we went shoe shopping one of the girls wanted one type of shoe while the other wanted a completely different style. They each got the shoes that they wanted and seeing the joy on their faces every time they wear the shoes that they chose because it reflects their style is absolutely priceless. They say that when someone tells you who they are you should listen, well that too goes for twins. Because if you listen intently from early on, they will definitely show you their individuality.

How do you dress your twins?