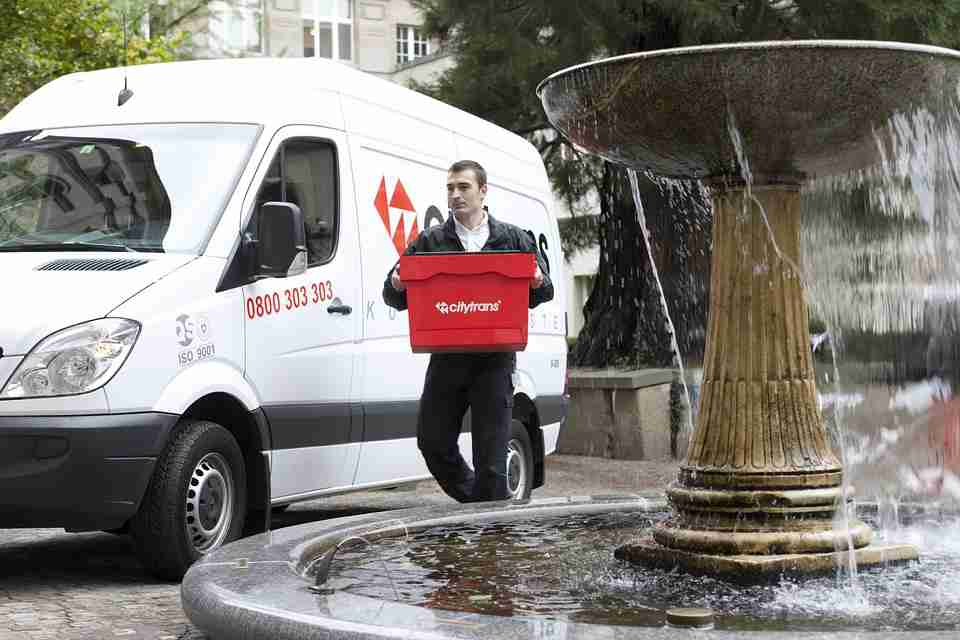 Many of us have gone through the irritation of getting home after work to find that a courier attempted a delivery in our absence. Not all couriers deal with this in the same way.

It may mean we have to trek to the local depot to get it, find out which neighbour it’s been left with or wait in for the delivery another day. On odd occasions, though, parcels will be left in a ‘safe and secure’ place – the meaning of which is obviously quite obscure for some.

From parcel collection services to same-day delivery, couriers have transformed our lives – but sometimes, just sometimes, it beggars belief where they leave their parcels.

Here are the top 5 places parcels have been found:

One man returned home from work to find a ‘sorry we missed you’ card through the door.

And for some unknown reason, the delivery driver had chosen to place (or should we say, throw) the parcel onto the top of the roof where the guttering held it in place. Adding insult to injury, the driver had also written on the card, ‘Sorry, top of your roof’ under the section that stipulated which ‘safe’ place they’d left it in.

Another driver pulled up to someone’s gates, and rather than trying to ring the bell to see if someone was home, proceeded to reach over the gate and drop the parcel into the driveway. Little did he know that they had CCTV cameras capturing his every move.

He did leave a note to tell them where he’d left it, though – one only hopes they saw the note before they drove through their gates and squashed the parcel.

So while this random place sounds quite feasible and safe – it was the size of the parcel that made this such an odd case.

While a small package or letter may fit comfortably under a doormat, this delivery driver had propped up a 4-foot parcel against the door before placing the doormat on top of it. So while it was technically ‘under the doormat’, it wasn’t very well hidden – as you can imagine.

Another hugely popular place for couriers to leave parcels in is a recycling bin (the one with cardboard and plastic bottles is always a safe bet) but one delivery driver failed to realise that the bin had been put out by the front gate for a reason – it was bin day.

The lady who was waiting for the parcel read the message that it was in the ‘blue recycling bin’ and ran outside to have her worst fears confirmed – the bin had been emptied of its recycling materials and the parcel. That’s why it was by the front gate – not in the garden with the other bins.

While many of us are more than happy to have our parcels left with a neighbour, there aren’t many of us who would welcome the idea of the parcel being left with someone who just happened to be passing by. But this is what happened to one unlucky recipient.

Having spoken to the delivery driver it seemed as though the passer-by had claimed to be a neighbour who always took parcels for this person – sadly, they weren’t who they said they were and the parcel never did get delivered to its rightful owner.