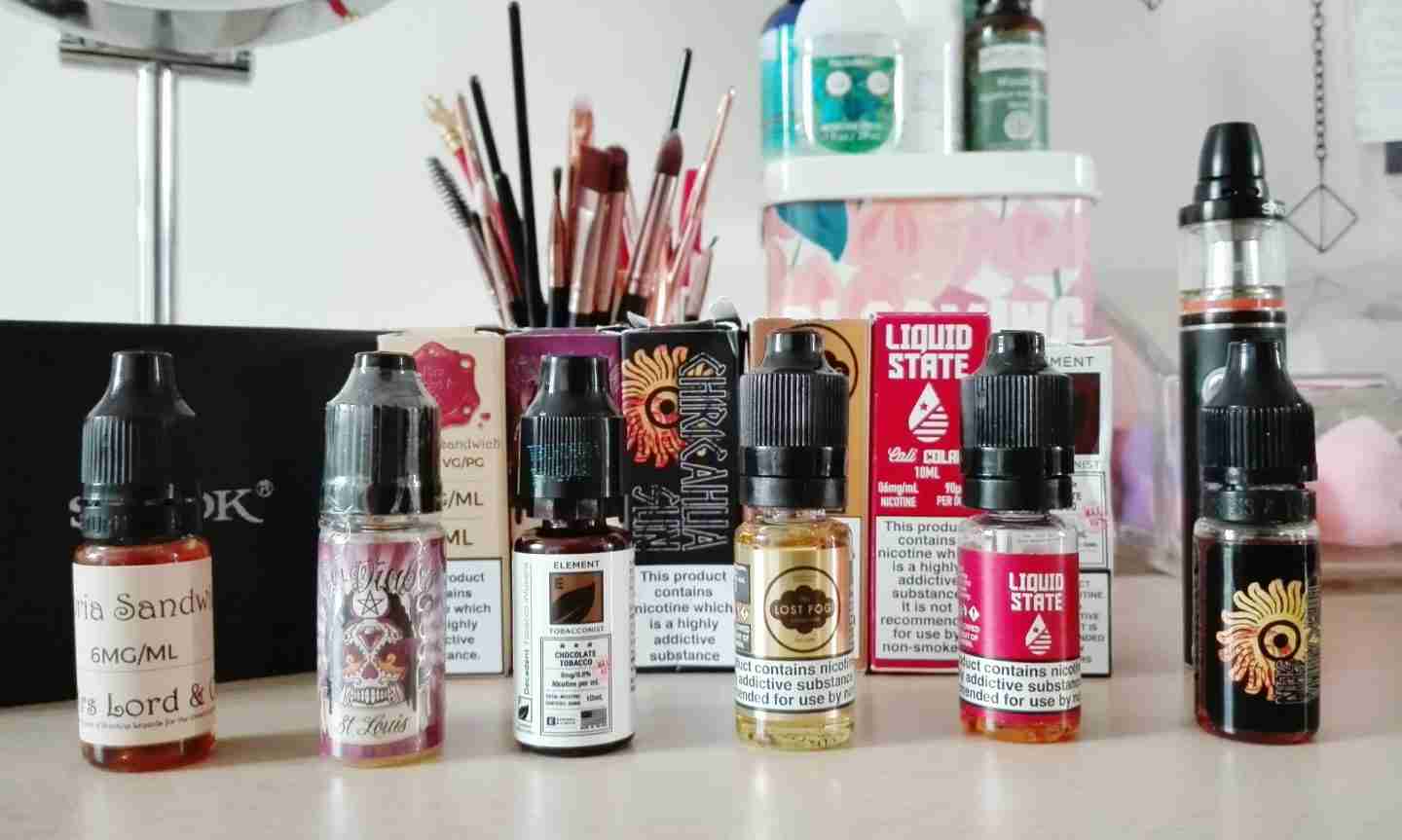 Smoking. I’ve realised it’s a habit of extremes. Some people will proudly light up while others are ashamed of a habit that they know is not good for their health. It’s bad actually, really, really bad. But despite knowing the facts about smoking many people still do it – even if it’s having a sneaky fag behind closed doors. Most recently though, there has been a group that has surfaced, those who vape.

This alternative to smoking cigarettes has had a massive impact on the smoking world. There are so many studies conducted about vaping and the benefits of it, and one of the most recent ones to catch my eye was about the correlation between weight loss and vaping. To truly test out this theory I teamed up with the VapersWAREHOUSE to explore the theory firsthand and find out if having a vape instead of eating some cake can really make a difference about what sweet goodies you put in your mouth.

Have a Vape instead of Some Cake – Can Vaping Help Curb Your Appetite?

The theory behind this claim comes from an article published in October 2016 by Nicotine and Tobacco Research. The theory states that food flavourings help replicate the feeling of eating and prevents cravings. The VapersWAREHOUSE interviewed the Deputy Director of the UK Center for Tobacco and Alcohol Studies, Linda Bauld, who went on to elaborate on all the details which you can read more of on The VapersWAREHOUSE blog.

To test out this theory The VapersWAREHOUSE sent me over a vaping starter kit and some sweet e-flavours to help me kick my cravings for sweet things to the curb. I have a sweet tooth the size of Texas and it never fails that after dinner I want to have a taste of something sweet. Whether it be to cleanse the palate or just because dinner doesn’t appear to be complete without it.

I don’t always give into it of course but the craving is there. Since neither reaching for something sweet or reaching for a cigarette is the way to go, I have been reaching for my e-cig when the craving kicks in to see if it really can help keep my chocolatey desires at bay.

I trialled 5 of my favourite flavours in the form of e-liquid to see how they matched up to the real thing. Here are my results. 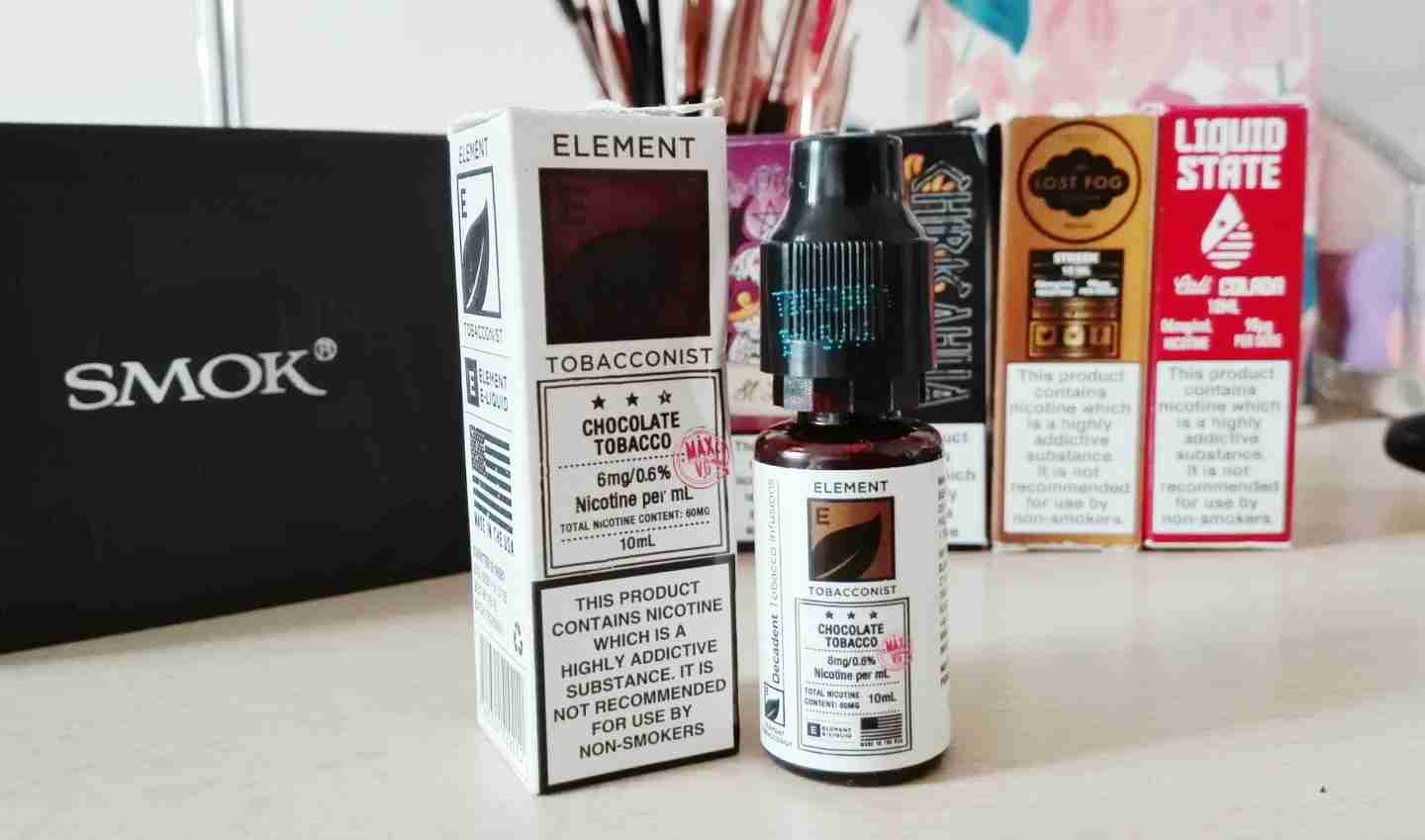 The first e-liquid that I trialed was the Chocolate Tobacco by Element. I really had high hopes for this as it was described as a tobacco flavour with an after taste of chocolate. I found this vape flavour to be confusing to my taste buds. There was a chocolate flavour but I didn’t much taste the tobacco in the order that I thought I would and overall I found the taste to be too strong and strange. It just tasted like burnt something or other to me, and I didn’t  enjoy it at all. 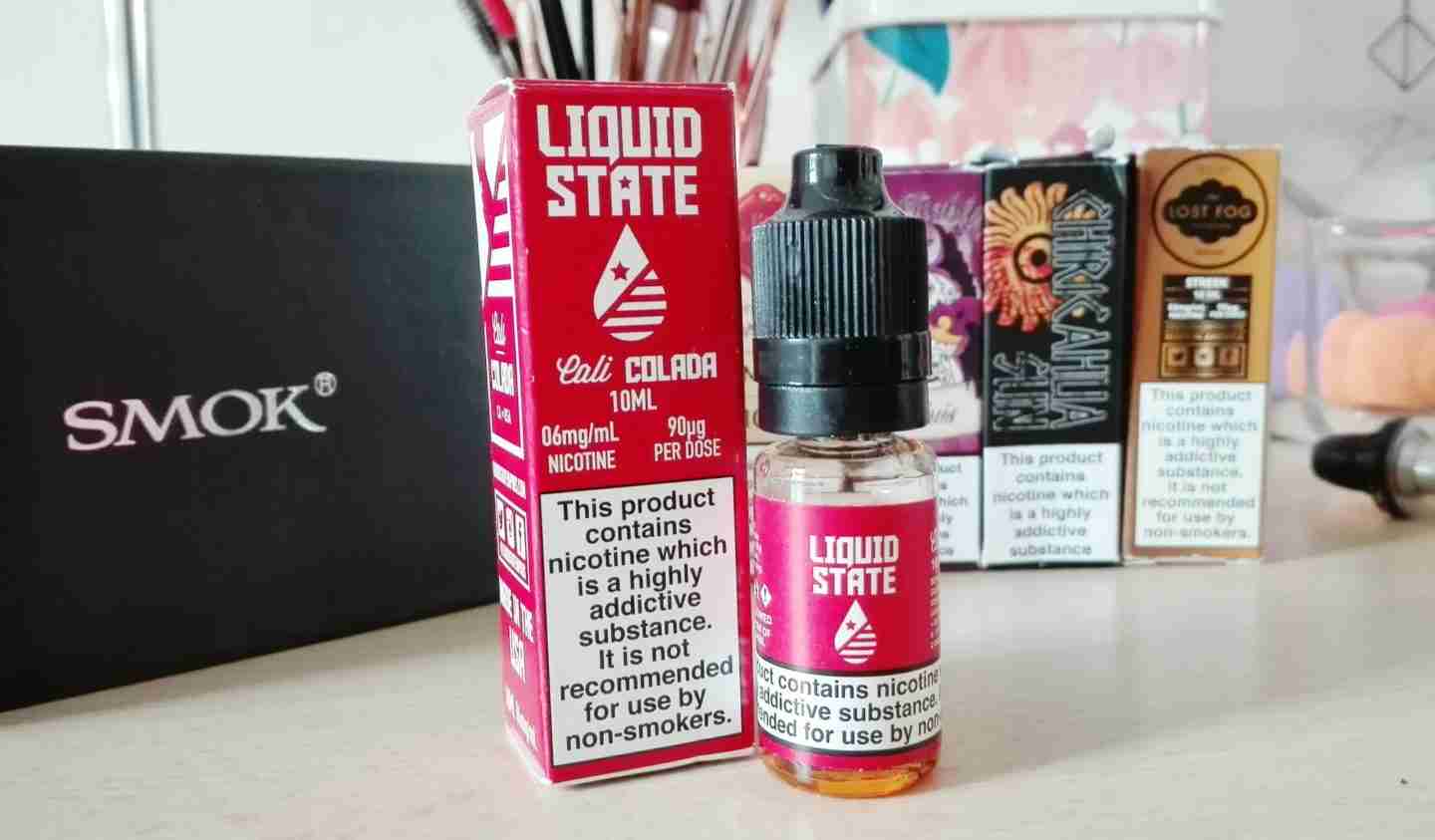 The second flavour and one that I couldn’t wait to try out was Cali Colada by Liquid State. The Cali Colada flavour is a pina colada flavour with a mix of mango. This taste was the one that I really thought I would like, and one that didn’t completely disappoint. It has a reputation of being a fantastic vape, and it really is one that I may or may not get used to. The creamy flavour of the pina colada lingers as an after taste, and even though in theory this would be right up my street, it wasn’t as good as I thought it would be. I think I would use it if I was short in supply of the others, but it won’t be my go to. 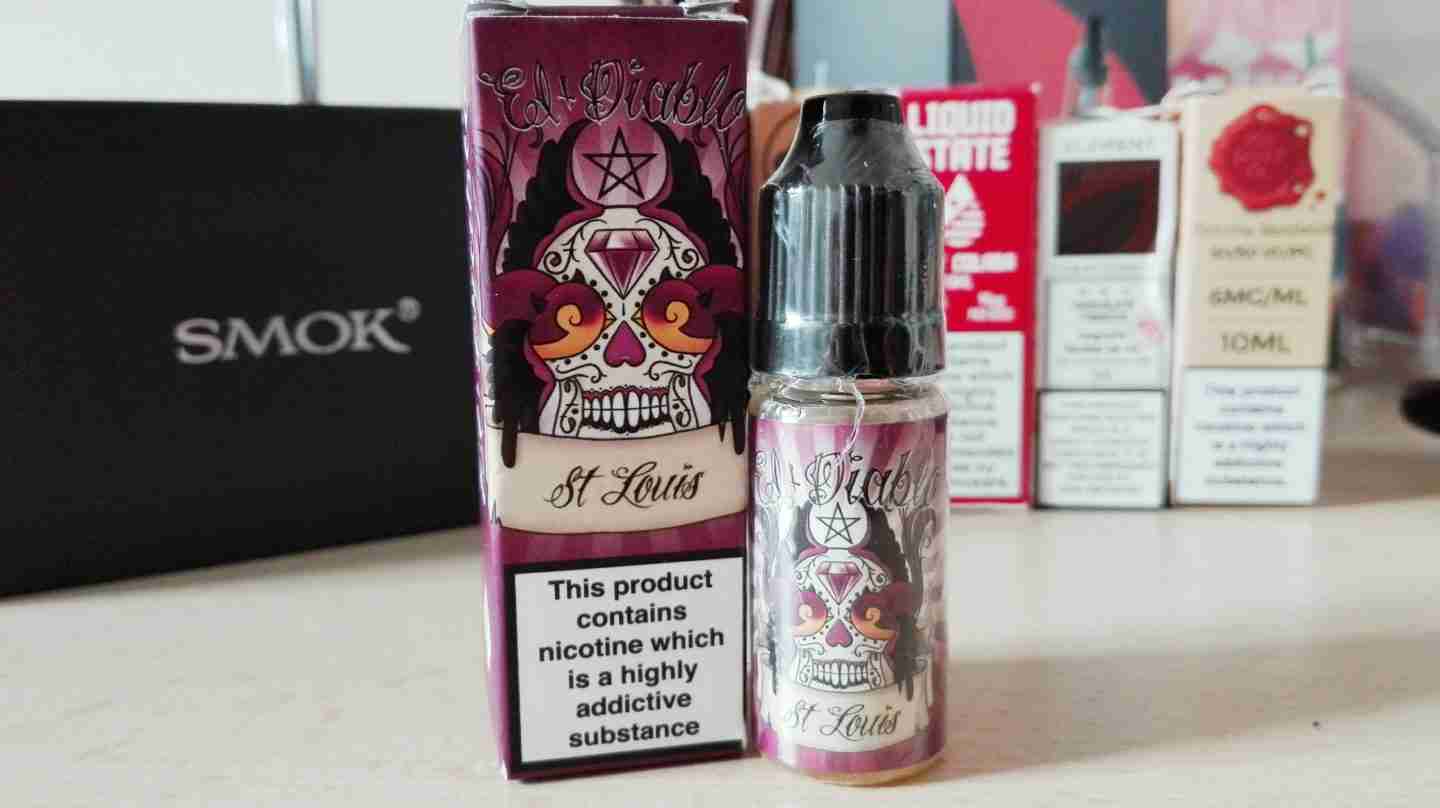 If you’re a lover of all things fruity then this is another vape to try. The St. Louis by El Diablo blends an initial hit of peach with a late pineapple hit and then a raspberry hit that comes much later, and slight and delicate. I really liked this one, and prefer it to the Cali Colada. It’s not one that truly will kill the cravings for sweet things, but it’s such a good summery blend and one that you can enjoy when the craving for sweetness may be better off satiated with a nice fruit flavour.

Streek by The Lost Fog 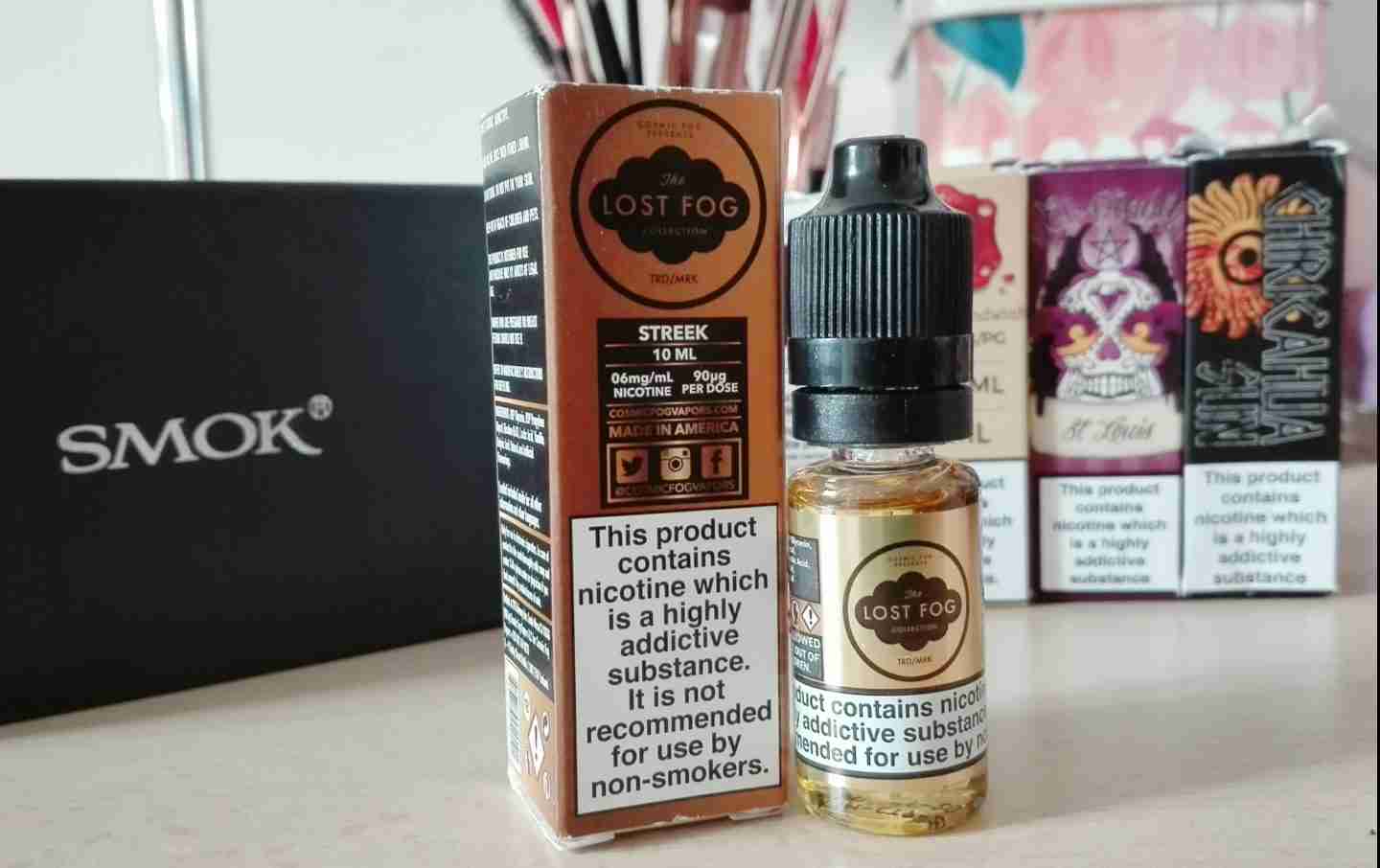 Another favourite flavour of mine is strawberries and cream. How can you go wrong with such a British staple? You can’t. The Streek flavour by The Lost Fog is a blend of handpicked Gaviota strawberries and Greek yoghurt. There is a creamyness and tartiness to the flavour, but it is one that works quite well. I was quite surprised at how tasty this was without being strange and overbearing. There was a savoury element to it and I really like this one. 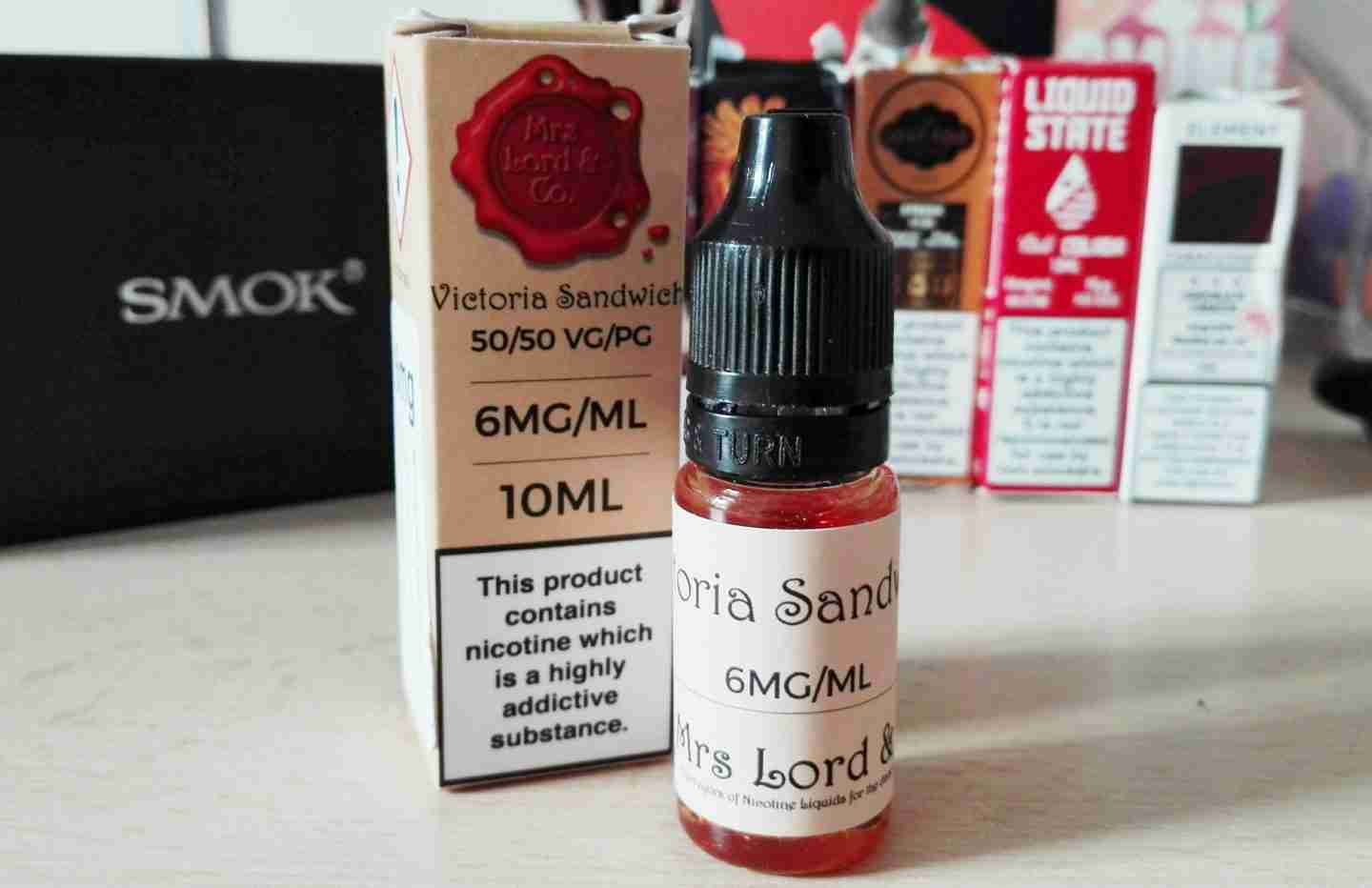 Last but not least, and continuing with the British tastes is Victoria Sandwich by Mrs. Lord & Co. This flavour is pretty much a Victoria sponge in a bottle, and I love Victoria sponge! The taste of cream and cake is so good and works quite well, but the raspberry flavour wasn’t all that nice. Either way, this flavour definitely gave me the taste that I was looking after with the flavour of the cake, and the delicious cream. I can definitely keep using this premium vape to help with the cravings for the real thing.

The experience of vaping was quite a different one for me. I am a very light smoker, and even though it is not enough to make a significant impact to my daily life, my newly found vice is not one that I ever though I would pick up. The option of vaping to help me get back to my smoke free ways is one that I am really grateful to have.

The oral fixation that comes with both food and picking up a cigarette can be attributed to anxiety and stress, and in that sense I do think that picking up an e-cig instead of the other options can help with that soothing effect without being as harmful as the other habits.

In relation to the flavours, I personally didn’t care for most of the them and found it to be a bit of a hit and miss experience. One which I think I will eventually come to enjoy once I find a flavour that is to my liking.

I am still on the hunt for the perfect vape flavour, but until the day comes I have found that having a hit of one of the flavours I currently have does have enough of an effect on me to keep me from reaching for a sweet. Whether that be because of the way that taste buds are hit with a flavour, or a merely a psychological trick, I think it’s still worth it.

Overall, the theory is a good one considering that many smokers say that quitting would certainly make them gain weight. In that case it’s a great alternative. If you’re a light smoker, or even a non smoker, I also think that this alternative can work for you, if you happen to find a vape flavour that you really enjoy. And as it happened in my case, even if you don’t find the perfect vape flavour, the hit your taste buds get can be enough to give you a satisfactory enough hit to truly keep the cravings at bay.

commissioned post / products provided for the purpose of review, but all opinions are 100% honest and genuine