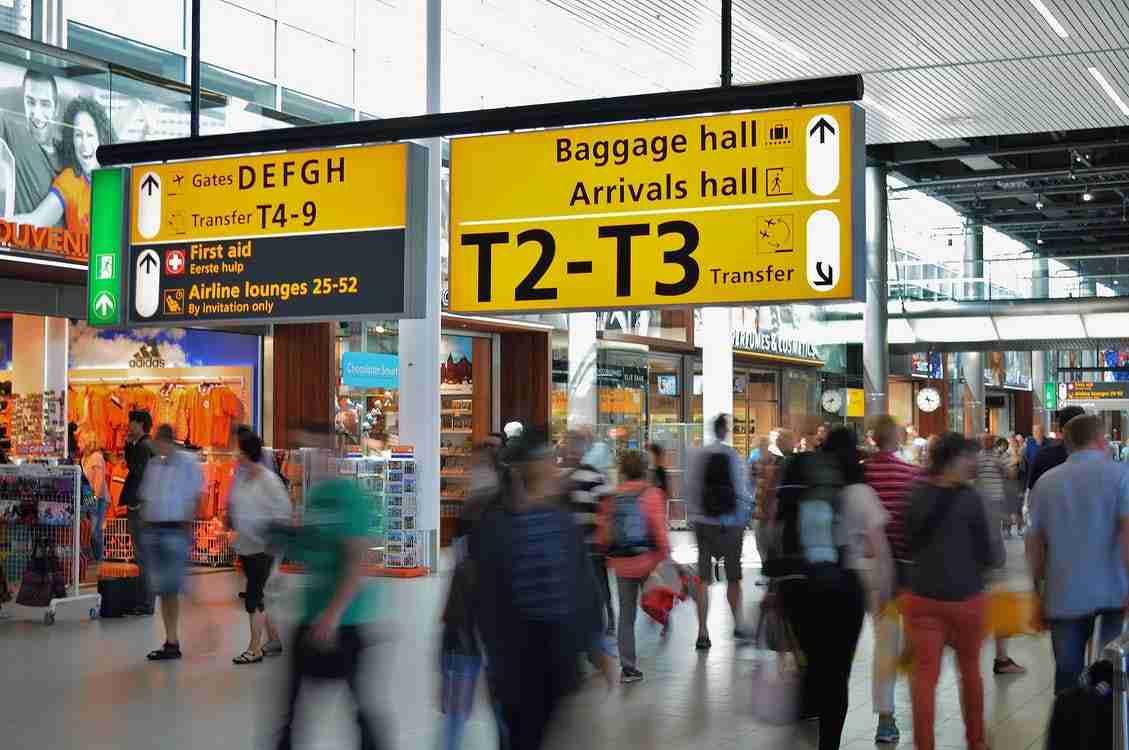 If you´re a regular flier of the friendly skies you´ll probably be well aware that unfortunately, all is not smooth sailing. From issues with overbookings to problems with electronic check-in, many times flying can be more of a fiasco than a success. I´ve been a frequent flyer for a good number of years now, but even then I don´t know all of the ins and outs of what to do in the case of certain scenarios. Of course, there are a plethora of imaginable flying nightmares, but today I want to share with you 3 common issues you can encounter with a flight.

Last year we were waiting on the last leg of our flight back to Madrid from the US at Dulles airport in Washington DC when the unexpected happened. The announcements came on at our gate and the friendly attendant let us all know that our flight was overbooked. As we looked at each other in bewilderment we were happily surprised to hear that due to the incident there was some cold hard cash up for grabs.

Ok, it wasn´t actual cash in hand, but it was cash in our pockets, and that´s fine by me. The airline began by offering $700 in travel credit to anyone who agreed to take a flight the following day. On top of they would pay for your accommodation. This was a sweet deal. Especially because not many people budged and within the hour the amount of travel credit offered ended up at $1200 per person! Sadly, we weren´t able to take up the offer, though we desperately wanted to.

My mother in law, who for health reasons can´t fly alone was in tow and we couldn´t leave her to take an intercontinental flight alone. If the situation were to present itself again, we would certainly take advantage of it. In this case the airline was proactive and rectified the situation as best as they could before chaos ensued.

Some happy fliers were able to enjoy one more day on US soil and enough travel credit to probably get them back for a later visit. Those of us who didn´t get to pocket the travel credit did get free checked luggage, which was still a tiny bit of a win.

This doesn’t only happen in the US. With airlines like Ryanair and the recently defunct Monarch overbooking seats to ensure the highest capacity on a flight, thus equating to the highest profits a routine flight can see you without a seat and waiting on a later flight. At this point it´s crucial to know your rights and know that you can be compensanted (by EU law) for an overbooked flight ontop of getting your flight refunded, and the basic assistance stipend for hotel and meal vouchers.

Another very frequent issue is lost luggage. If you´re an organised traveller, like myself, then you should always carry some clothes and essentials in your carry on. That being said, I don´t think that anything can really prepare you to deal with the problem when it does happen to you.

I know of a friend who´s luggage got lost on an international flight. She didn’t get her hands on her lost belongings until the day before she was due to come back to the UK! Thankfully, she was quite wise and realised that by booking with her credit card she had automatic travel insurance.

Not all credit cards offer this feature, but in my days as a financial adviser I was tasked with educating many card holders on the plethora of perks that can sometimes (more often than not) go unnoticed. Her travel insurance through her credit card offered her a reimbursement on clothing that was purchased, though it did take a few weeks for the cheque to come in. Even though it eventually did, it doesn’t take away from the headache and the bad experience.

Another huge issue is the currently making headlines is what to do during a flight delay. Flight delays can happen for many reasons, all which are not the customers fault. As in the issue of my friend who´s luggage was lost my other half had a negative experience with a flight delay that his insurance rectified.

On the first day of the opening of BA terminal 5 in Heathrow airport there was quite a chaotic environment. Because of check in problems his flight was delayed 4 hours! Not being the wiser he sorted things out with his insurance, but did you know that you can claim flight delay compensation directly to the airline?

If your flight delays is under 2+ hours and sees you delayed overnight you are entitled to accommodation, meal vouchers, and access to emails and phone calls. If you are delayed for 3+ hours that´s when you will be eligible to get your hands on financial compensation. There is some brilliantly laid out information from the Citizens Advice Bureau that can help you out.

The entire process can be time consuming and complicated which is why companies like Flight Delay Claims 4 U are your best bet. They know the law, don´t charge you an upfront fee, and you only pay them if you do get compensated. Time is money and sometimes it´s better to go to the experts to get things sorted.

So, do you have any flying nightmares? Do share in the comments!