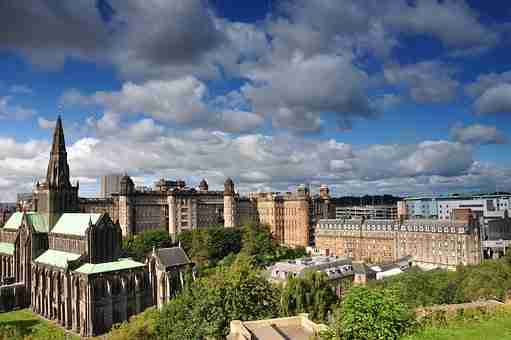 Glasgow Airport is one of the most important flight hubs in Scotland, as proven by the hundreds of flights that arrive and depart at its terminals every day.

Moreover, it’s teeming with plenty of amenities to make waiting for a flight a pleasant jaunt. There’s Starbucks for all your caffeinated needs, Glasgow Airport’s valet parking from Looking4.com if you’re driving to the terminal, and the Beardmore Restaurant & Bar if you’re feeling peckish.

But all that don’t amount to a hill of beans if you’ve got a long wait for a flight. What you really want on a stopover through Glasgow is to see the sights and enjoy the sounds of Scotland’s most exciting city.

We love Glasgow and the entertainment you can find there. If it was a person we’d give it a big snog and marry it. So we reckon we’re in the ideal position to let you in on some of its finest haunts. Read on and get ready for the best trip to Glasgow’s best locations you’ve ever had.

Is there any name filled with more grandeur than Saint Luke’s & The Winged Ox? This converted church might sound like the title of an ancient Greek fable, but it’s actually a bar offering good food, cool gigs and some of the finest craft beer this side of a hipster’s moustache.

If you’re a music lover then you’ll love to learn that past acts at Saint Luke’s include Mitski and Sun Kil Moon, while 2019 will see the venue host Sharon Van Etten, Benjamin Francis Leftwich and even Billy Corgan. We can’t think of a better night out.

Cineastes should look no further than the Glasgow Film Theatre for new, old and plain-old-weird films. It’s a great location in Glasgow for entertainment.

Open every day, the Theatre’s brochure is packed with movies to suit any taste. And if you time your visit right, you could stumble upon the Glasgow Film Festival, an annual celebration of the greatest cinema from across the globe.

Of special interest to every film-going geek is the cinema’s regular Cinemasters season, a retrospective of a famous director’s work. You can’t go wrong at the GFT if you want to swot up on films.

Glasgow’s west end is known for its hip hangouts and happening haunts, and nowhere exemplifies that more than the Hillhead Book Club, a bar with impressively snazzy interior design and a food menu that could cater to any palette. Whether you’re veggie, vegan or carnivore, the cuisine on offer at the Book Club is exemplary, fusing fine dining with pub food and creating an appetising middle-ground.

The Club features live DJ sets all year round and is always jumping at weekends. So if you like to party, this is the joint for you.

That’s our list! What are Glasgow’s best locations for you? Or maybe you’d like to tell us a special location you’ve found while waiting for a flight? Either way, let us know in the comments below.